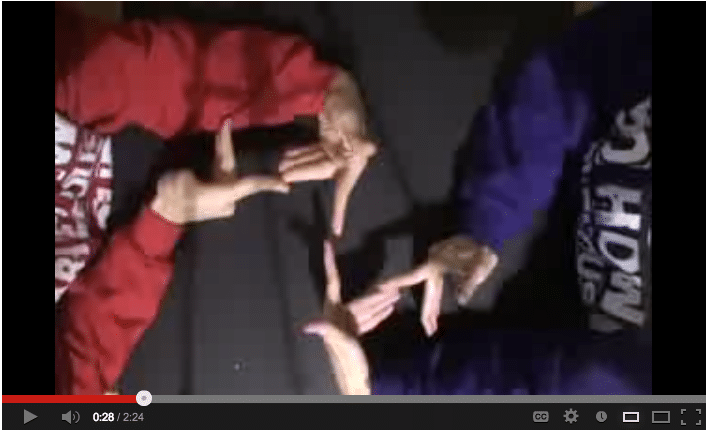 Finger Tutting is gaining popularity amongst youth around the world with many viral YouTube videos and instructional videos appearing all over the internet. Finger Tutting was popularized with break dance styles and is making a huge comeback, now with YouTube access, especially with young people. I think this is a great thing because it is a very focused, peaceful and often co-creative artform.

Finger Tutting is very dynamic and ancient seeming described by wikipedia:
“In both variations the movements are intricate, linear, and form 90° or 45° angles. In practice, tutting looks like the characters on the art of ancient Egypt, hence the name—a reference to King Tut.”
When done in groups, it is as much a dance as anything. It is very beautiful and often breath-taking. Take a look at this Finger Tutting “Battle”: